Karen at the Helm

It sounds strange, but she brings those weeds to life as she sits there on that well cap, circled by industrious honey bees. I sit there too, entranced by the stories Karen weaves around two sneeze-inducing stems of yellow foxtail, of all things. The weeds take on lives. They talk to each other, and they work out problems — boy problems, school problems, futures those weeds want that are so out of their reach.

They’re weeds, after all. Two tall, spindly living things tucked away in the hollow and having little impact on the world around them. It’s not like they’re tomatoes or even kale, and it’s hardly likely that they’ll ever become police officers or marine biologists.

Weeds like that grow wild and prolific in the Appalachians – common as topsoil — not a damn thing special about them.

But in Karen’s hands, they take on personalities and tell stories. They even affect speech impediments from time to time, and they always, always love Charles Bronson.

Sometimes, when Karen isn’t talking to weeds, she’s drawing volcanoes – little exploding mountains of ink. Tiny stick-figure people run from these mountains whenever they erupt. Those little people have stories too, and I can’t get enough of them. They have strikingly complicated lives for simple drawings. Some of them have husbands and children, even. Often, they’re well-meaning scientists who tragically miscalculate. Sometimes they’re contrary townspeople who stubbornly refuse to evacuate. Usually, those careless, inked characters end up covered in molten ink lava, but occasionally, they manage to escape.

The really lucky ones get rescued just in the nick of time by a stick hero who bears a striking resemblance to Charlton Heston.

On the very best days, Karen and I visit a forbidding and momentous pile of dirt in the woods, pushed there years ago when Grandpap cleared the land. Grass and bendy saplings have overtaken this place, and I think it’s shaped somewhat like the head of a rattlesnake. But Karen sees right away that it’s really more monster-like. She christens it Monster Head, and it’s immediately obvious that Monster Head is the perfect name for such a hideout. Karen plays there almost every day, and I play too. We pull plants up by their roots and hang them on tree branches. These roots sustain us during hard times like blizzards or earthquakes or invasion by vicious, wild dogs who cleverly disguise themselves as aging, limping beagles named Pancho and Alexander.

New disasters wait around every corner when Karen is in charge. You never know what’s going to happen next. Sometimes the whole world floods, and Monster Head is the only boat left anywhere, and there’s not a single hi-fi nor television antenna left on Earth.

And in times like these, it’s good to have Karen at the helm.

A Special Thank You to Our Hardworking ARC Team! 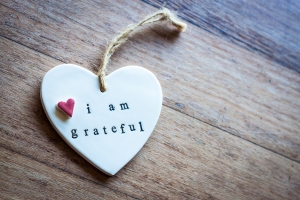